Imagine yourself on a cliff, your harness tied into a metal cable via 2 carabiners and straps, standing on metal rungs looking straight down 800 feet. You are above an expansive green valley high in the Haute Savoie region of the French Alps, south of Geneva.  An hour ago, it was raining, but the sky has cleared, and rays of light filter through the clouds like a message from God. 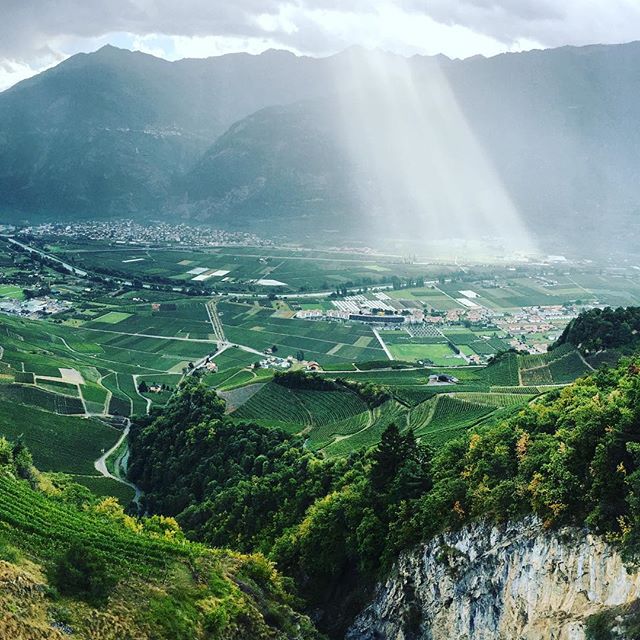 This is the view you see. Your heart is beating quickly, yet you are safe. Does this sound terrifying to you? Would you try it anyway?

In Italian, Via Ferrata translates to “the Iron Way.” The origins date back to the First World War, where some Via Ferratas were built in Italy to help troops cross over the Dolomites efficiently. Now, they are the perfect excursion for thrill-seekers, and make epic cliffs more accessible to adventurers of all ages and levels of athleticism.

I got the chance to try 17 via ferratas this summer with my dad in the Swiss Alps and in the Haute Savoie region of the French Alps, north and south of Geneva. We zoomed through valleys and up tiny winding mountain roads in a rental car, following advice from “Via Ferratas of the French Alps” by Richard Miller. Our original goal was to to cram as many vias as we could into our two weeks together.  Later our goal changed just to do the highest rated vias. Since my uncle Jimmy had been climbing with Dad a few weeks prior, he graciously left me his harness and carabiners, so all I had to do was buy a helmet and gloves and we were ready to go. 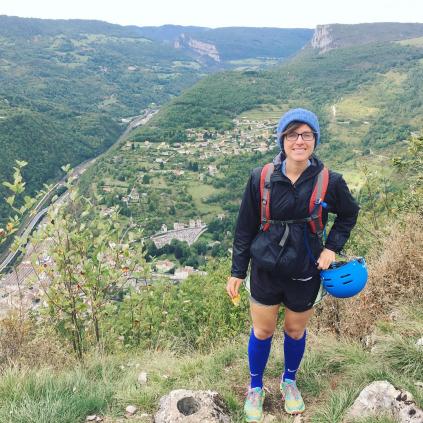 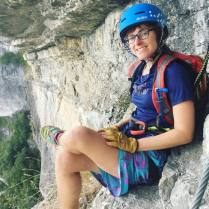 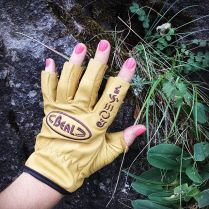 The guidebook we were using rates vias from 1-5 and with three factors: difficulty, exposure, and accessibility, A, B, or C. Difficulty is how physically challenging it is, exposure is how high off the ground it is, and accessibility is how long it takes to walk to the start. Dad first wanted to check I was capable of managing the equipment, so we started with some easier routes. The first few we did in the Savoie region were a 2,2, A called St. Sorlin d’Arves and a 3,3, A at St. Colomban des Villards, Savoie. These required a low level of athleticism, and we saw kids doing them too.

Once I realized that I could easily do a 3-3, I tried to convince Dad to let me try a 5-5. He finally conceded at Les Rois Mages, Assois, France. The scariest part of that route is a single-line bridge, with only one shaky wire to walk on and one to hold on to, and a huge drop-off beneath you that you are forced to look down at as you sidestep across. (We always wondered how we would get back off if we fell off that part. I think I would go about it like a koala.) After that route, I felt the true draw of via ferratas: a combination of fear and exhilaration, and at the end a huge sense of relief mixed with accomplishment and achievement.

This was my dad’s second summer of doing Via Ferratas in a rental car ($13 per day from the Geneva airport on the French side). He discovered them in 2010 when his friend Anne Claude took him on one in Engleberg, Switzerland.

“I kept thinking, ‘the Swiss are crazy,’ as I was climbing,” my dad told me. “But then here I was on a cliff with incredible views feeling safe. I was hooked.”

He bought the harness, helmet, and two via ferrata straps and caribeeners, and spent the summer driving around Switzerland in a rental car. 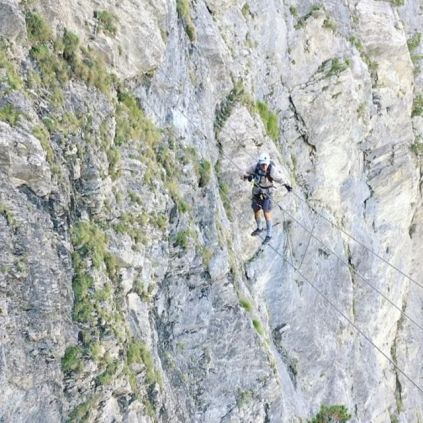 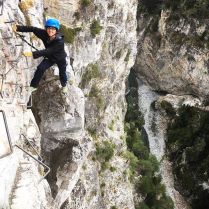 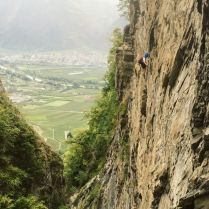 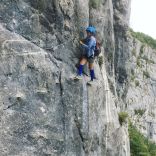 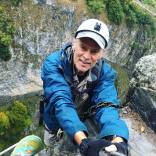 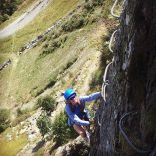 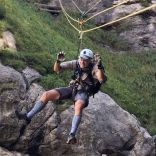 Getting to the via ferrata was often an adventure in itself. Many vias require a hike in, and sometimes it’s tricky to find the trail.  On Via Ferrata des Orres (5,5,B) in Crolles, France, we almost gave up after a 5 mile hike and bush walking next to the cliff face, but then I backtracked and realized we had missed the unmarked trail leading to the start. 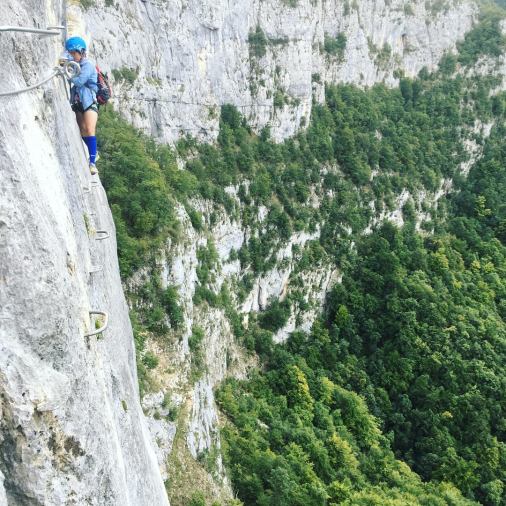 One of my favorite vias we did was Crotte a Carret (5,5,A) in France. After a 2 mile downhill hike, we reached the cave where it started. In the 1800’s, Jean Carret built a little dwelling in the cliffside next to this cave so he could do prehistoric digs.  Now one of the hardest vias in the world starts from inside it. 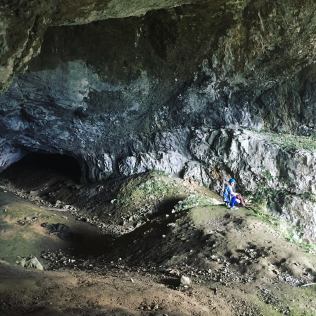 The cave where Grotte a Carret started. 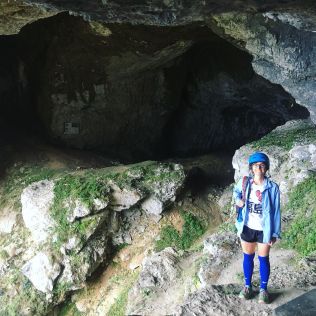 This was one of my favorites!

Another highlight was the via out of St. Hilaire du touvet, near Crolles, France. This via was a 5,5,A, with many laybacks and small holds. It was raining that day, so we weren’t sure if we would be able to do it. But we decided to hike to the start and see if the weather would take mercy on us. Luckily, the sky cleared just at the right time, so we were able to do the climb. I saw paragliders swooping by us along the way, as well as a mountain goat leaping down the cliff.​

Along the way, we stayed at youth hostels and cheap hotels. As I try to follow a mostly vegan diet I was mostly buying my food at grocery stores and preparing my meals on the go. We snacked a lot on trail mix and fruit in between vias. I enjoyed cooking for my dad in our hotel room. 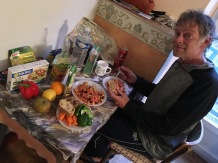 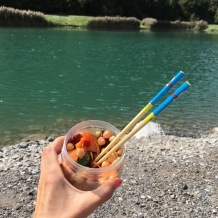 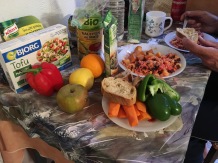 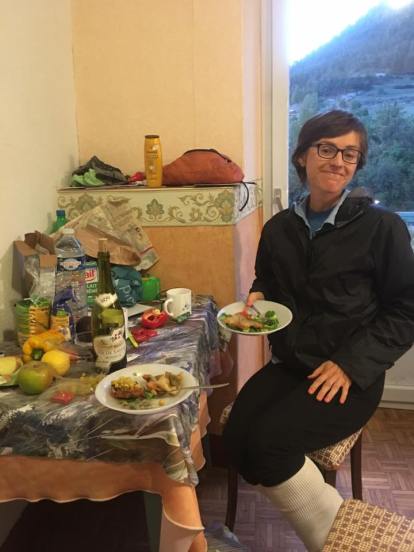 When I’m doing a via, I forget how high up I am. Just like anything, it’s an exercise in mindfulness and being present. I’d try to unite my movements and my breath, and observe the climb before starting each section, planning my movements ahead of time. When seen in sections, a huge overtaking becomes a set of steps. This way of thinking reminds me of the main point of one of my Japanese students speeches: “Set small goals that you can reach!”

My dad and I talk about flow, which is the feeling you get when everything else seems to slip away, and all that’s left is you and the rock. You’re not worried about anything else, but completely and totally in the present moment, one with your breath and your motions. On vias, especially on difficult ones, I could feel my reality dissipate, all my to-do lists and worries about the future melt into nothingness, as I just focused on ascending the cliff I was dangling from. It’s a rare feeling, but I want to cultivate it in my every day life. I’ve had these moments fleetingly in yoga and meditation, or other sports like ultimate frisbee. All that matters is the task at hand.

Next summer, my dad will return to Europe to do more via ferratas in the Italian Dolomites, and I hope to join him! I’m so blessed to have an active and adventurous father, and I want to take advantage of these summers we have together to do something epic. Does anyone want to join us? 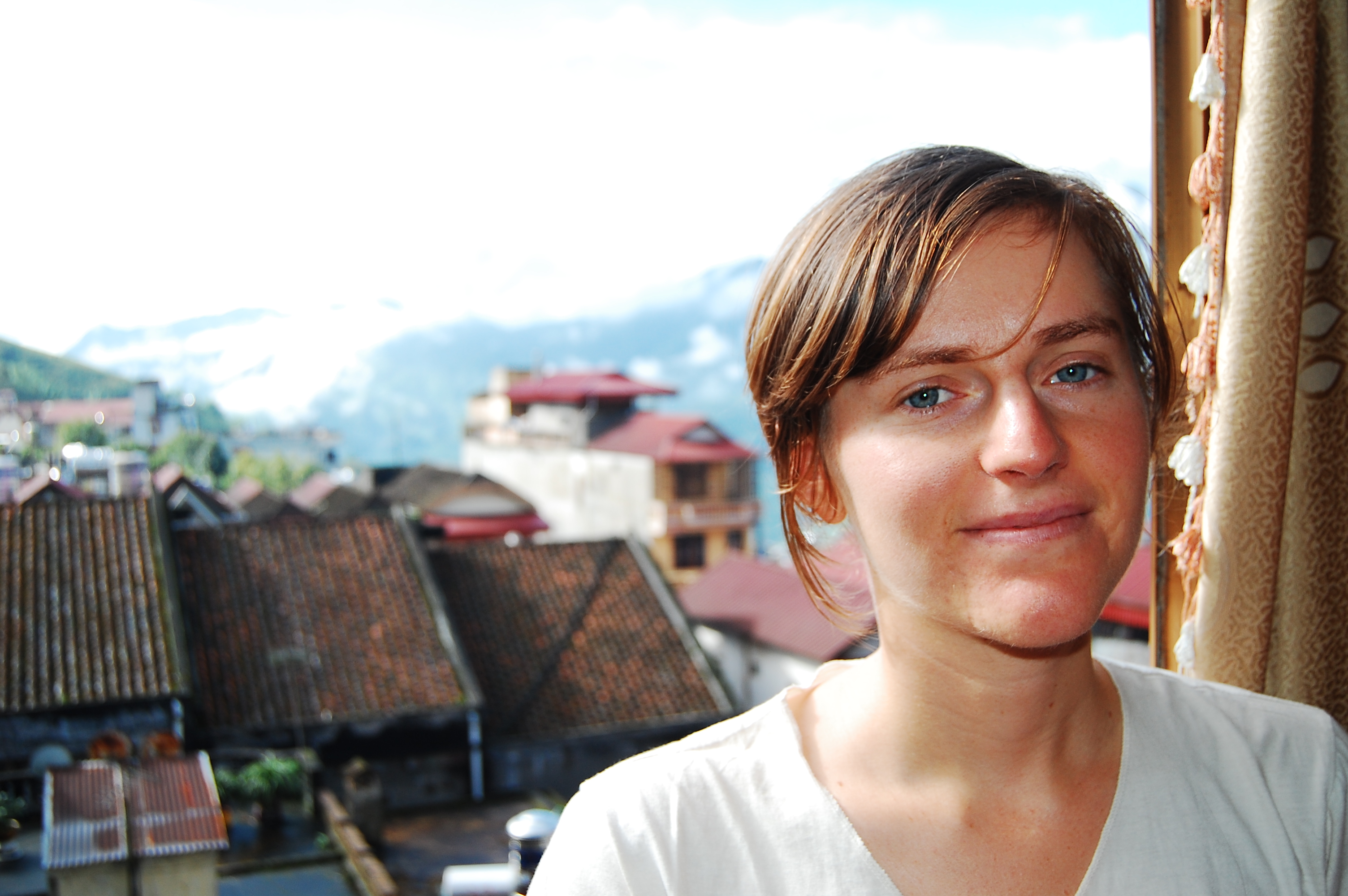