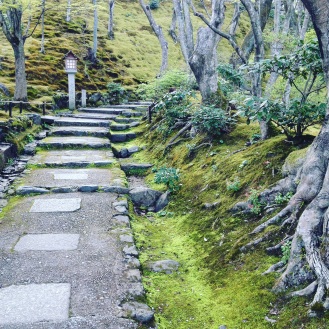 Last month I participated in our annual ni-nensei (second-year) speech contest. The topic, ‘My Favorite Thing,’ was broad enough to elicit a myriad of ideas. Topics ranged from ‘My Clarinet’ to ‘Minecraft’ to ‘Watching the News.’

I was particularly petrified, because my superior asked me to make a speech in Japanese to open the contest. After all, if students have to speak in a language that is not native to them, it’s only fair that I should have to do the same…

I wrote my speech in English, and my supervisor helped me translate it into Japanese. My speech was about a Japanese anime that I recently started watching called “Haikyu.” (It’s about a junior high school volleyball team.) If I had to write genuinely about my favorite thing, I probably would have chosen a different topic, like teaching, nature, sports, traveling, or cooking, but I wanted to choose something my students could relate to.

I practiced over and over, showed it to my private Japanese teacher and a few friends, made a few revisions, and painstakingly memorized it. When I got up in front of my audience  of 130 students and 5 teachers, I was visibly shaking.

In stark contrast, ten minutes later, my supervisor asked me to make impromptu commentary between speakers, in English.  I spoke confidently and without a waver in my voice.

I hope that my nervousness made them feel better about their own language learning endeavors.

Thankfully, the next  15 contestants were significantly better than me. I really enjoyed seeing the shy students surprise everyone with their eloquence. One small girl who rarely speaks delivered a lovely speech about her favorite game, Dragon Quest. I’m sure students didn’t realize she was so good at English until they heard her voice amplified from behind a microphone.

The winning speech entitled ‘To The Anime Haters,’ was by a student who lived in Kentucky for the first 8 years of his life. His father is a businessman, and his accent is quite native, with a slightly southern drawl. I think he impressed everyone with his businesslike attitude and native accent, although I doubt that everyone could understand him. Here’s one of his most impressive  lines:  “To make profit from lowering birth rate, internalization,and decreasing population, anime has the potential to become a big industry. This is why I think  anime… is a big chance for Japan.”

I love speech contests, and I already got to accompany one talented student to Tokyo last year for the All-Japan Speech Contest.  Unfortunately, our winner this year isn’t eligible because he lived in America.

However, our second place boy made a beautiful speech about his classmates. His best line was: “Some of my classmates can run fast, are gamers, crybabies, small people, and so on…” It was a good line, because everyone knew who he was talking about.

He has a genuine smile, and good stage presence. If he can think of a good topic, maybe I can take him to Tokyo for the finals, too!