Melbourne has dozens of graffiti laneways to explore. Luckily for me I had my camera when I came across this one. The entire alleyway had been painted light blue the night before I saw it, and artists had already leapt at the opportunity to cover the blank canvas.

The blue explosion was a bit of a controversy. Some others in the street art community complained that the artist had covered up some important work. I thought it was quite spectacular to walk through. Unfortunately, when I went back a few days later much of the new graffiti had already been tagged. Glad I got there in time! 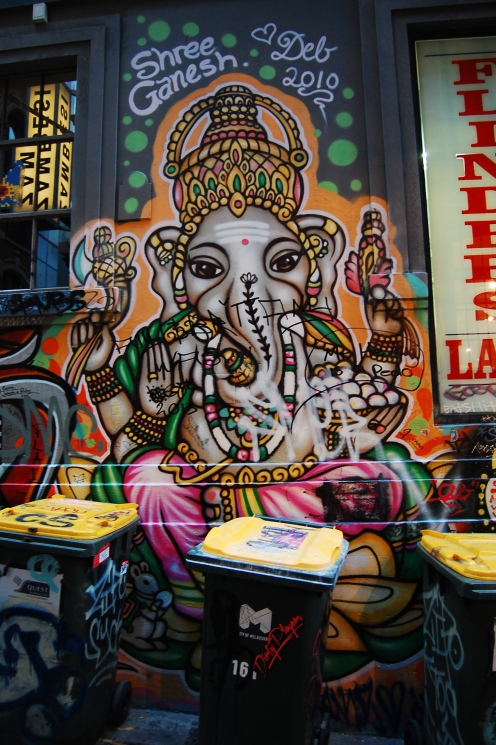 I love this one, so beautiful

His lion was spectacular, but sadly got covered up just a few days later. 😦 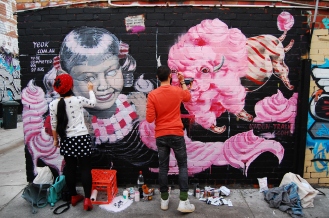 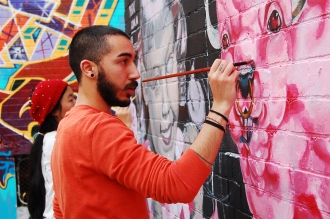 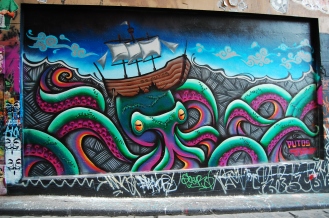 I saw a lot of his art around the city