After the peach orchard, James and I headed to helpx at another property near Daylesford, Victoria. Being in Australia, we never expected to meet and live with people who embraced Native American ideals, but here we were!

Sue and Don call their project Gentle Earth Walking, where they build custom made teepees, ranging from 15 to 25 feet wide. It’s a long and loving process: collecting trees from the forest for poles, stripping, sanding, and polishing them, and sewing the canvas cover.  Their other big project is called Timber Benders – Don makes benches, awnings, and other structures in his enormous workshop.

They run sweat lodges and spiritual gatherings, build straw-bale houses, and live off the grid, relying on their solar panels for electricity. To take a hot shower you have to start a fire under the water tank!

We had an amazing time with them, and who knows, maybe we will go back someday.

Getting our hands dirty! 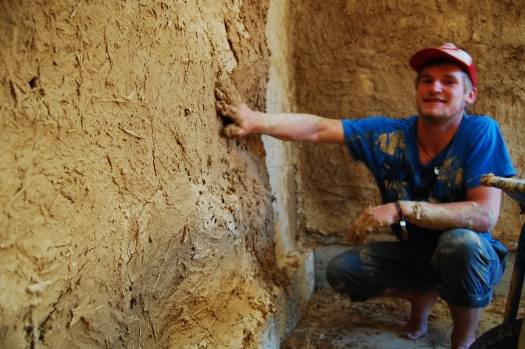 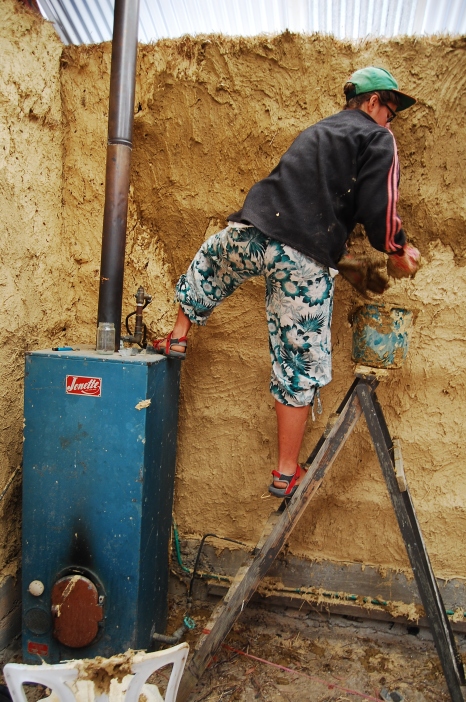 Smearing mud on the straw-bale house, volunteering in Australia 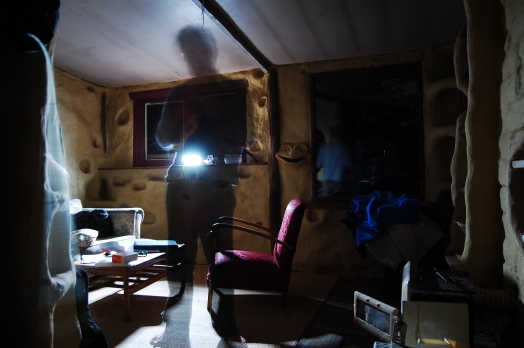 Ghosts in our cabin 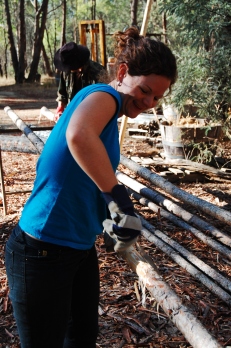 Inside Sue and Don’s house, notice the bookcase embedded in the wall

Pavo lounging in his hammock

Herb spiral garden, built by me and James

One of his many projects 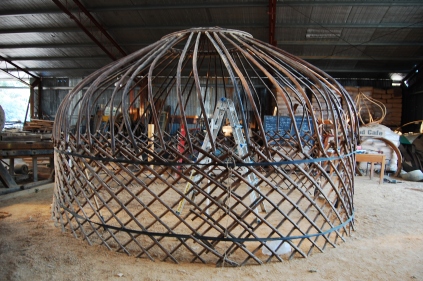 A yert imported from the middle east, they were making a canvas cover for it 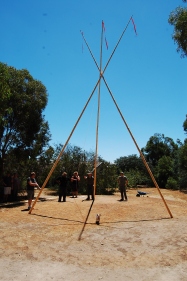 The poles were really heavy

Bonus photo: this guy picked us up hitchhiking

In his fancy car